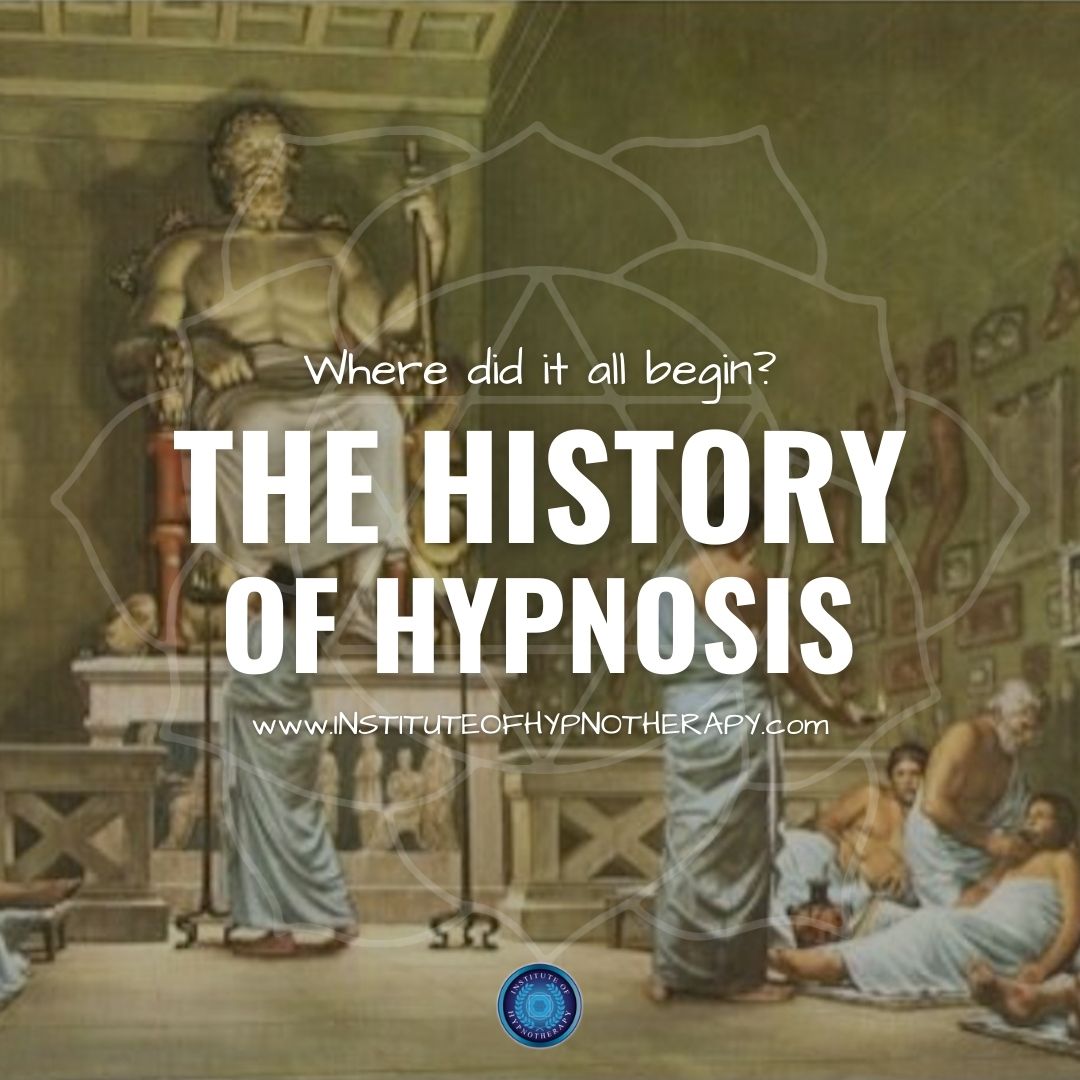 A Brief History of Hypnosis and Mesmerism

What we experience today as modern hypnotherapy, is not what existed many hundreds of years ago.  There has been an evolution of our understanding from the days of primitive religion, to the pioneering work of Franz Anton Mesmer, through classical hypnotherapy, and all the way into what we now call Interpersonal Hypnotherapy.  In a comprehensive hypnotherapy training, it is important that any good school covers the origins of hypnosis and how we utilize it today.

The priests of many ancient temples were putting people into altered states long before the term hypnosis was ever coined.  Sleep temples were places where mystical incantations, or prayers, were offered, music played, and people went into non-ordinary states of consciousness.  Healing was said to occur in these states as people entered these “sacred” places.  Some research has suggested that the reason a certain place was considered sacred is because fumes that were released from the earth in these temples helped to include the altered state.  Therefore, between the positive suggestions of the priests, the expectation that was built up from others about these places, and the altered state, which allows the positive suggestions to enter the subconscious mind, we can imagine that many psychosomatic healings would have occurred many times over.

In the 18th century, a Viennese physician named Mesmer had studied the astronomy and astrology of the time.  He had concluded, like others, that there was an invisible force, which he called “Animal Magnetism” which permeated the whole universe, and which was present within each individual. It was said, similar to Chinese Medicine, that blockages in the flow of this substance caused ill-health, and that by restoring this flow health could be regained.  Mesmer used magnets to rebalance this flow, yet he eventually concluded that it was his own animal magnetism that healed others and not the magnets at all.  Studies concluded that it was not the magnets, nor this lifeforce energy that healed others, but rather that Mesmer was healing through the power of belief, imagination, imitation, and suggestion.  Mesmerism fell out of popular favor due to this one very well-known investigation yet Mesmer’s work never completely died out because of its apparent efficacy.

In 1864, Dr. Braid coined the term hypnosis based upon Hypnos the Greek God of sleep.  He concluded that Mesmer’s results could be replicated through the power of suggestion alone, and that no animal magnetic fluid had to exist to duplicate his results.  This caused a resurgence of interest in this phenomenon because the power of suggestion was much more acceptable to scientists and physicians owing to the fact that it did not require a belief in an unproven and pseudo-scientific idea of “energy healing.”  The result was a modern and scientific version of using the altered state for healing which became far more acceptable.

Since the time of Dr. Braid, many pioneers have discovered ways to induce the altered state and to create positive change from it.  Dave Elman taught doctors, dentists, and anesthesiologists how to use it in their practices.  Sigmund Freud even used it in his early work in developing psychoanalytic theory.  Freud realized that many of the problems he was dealing with had to do with past traumas that were held within the subconscious mind.  He eventually dropped hypnosis, yet his ideas of past traumas being influential in our lives was not forgotten.  In time, people like Dave Elman started doing hypnotic regressions to reach the root causes of problems, just as Freud had done as well.  Picking up from there, Gil Boyne helped to develop the model of regression therapy using Fritz Perls’ Gestalt Therapy, along with other powerful modalities that led to a very powerful style of processing which led to his development of time-honored trainings in hypnotherapy and created what he called “a therapy for the people.”

Gil Boyne taught about the idea of an ISE, or Initial Sensitizing Event, where the cause of one’s problems can be linked back to a specific event.  Once that event was uncovered, then different techniques could be applied to transform the subconscious content and people could be led back to wholeness.  Over time as we taught Gil Boyne’s methods, the idea of Interpersonal Hypnotherapy arose where we no longer look for ISE’s, yet rather we process ISR’s or Initial Sensitizing Relationships, where the event is not the focus, yet rather the relationships which exist within the subconscious mind itself.  At the Institute of Interpersonal Hypnotherapy, we teach all the classical styles of Dave Elman, Fritz Perls, and Gil Boyne, yet we take it further into a unique style of working with the subconscious mind that brings about long lasting and powerful change.

The history of hypnosis is a long story, and this short blog entry does not cover much of it at all.  For those who are interested in learning more, our school offers students a one-hour lecture of this entire history, which paints a much clearer picture.

To learn more about hypnosis, hypnotherapy, Interpersonal Hypnotherapy, and it’s history, simply call us at 800-551-9247 or visit www.InstituteofHypnotherapy.com to gain access to our first 4.5 hours of training at no charge and discover how this powerful history has led to the powerful work that we do today.